skip to main | skip to sidebar

The Rest of the Robots 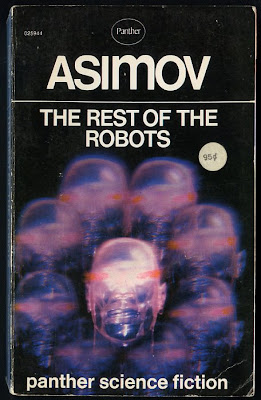 Huts for Woodbutchers and Trolls

"Our love affair with apocalypse and Armageddon, according to (Frederic ) Jameson, results from the atrophy of utopian imagination, in other words, our cultural incapacity to imagine the future. "

The idea for this collection began with my long running interest in a book called Handmade Houses: The Woodbutcher's Art by Art Boericke and Barry Shapiro. Published by Scrimshaw Press, San Francisco in 1973, this book spawned at least one sequel and more than a few imitations. These small cheap photo books with little text depict house after house built by hippies in the woods of what appears to be Northern California. No information is given as to their whereabouts, presumably because most are built illegally without permit far, far off the beaten path. This free form off-the-grid architecture is amazing - a poke in the eye to modernism and the clean lines of then and now. Each building is crammed with junk, leaning at odd angles... many have dismissed with corners altogether. Some take their cues from Buckminster Fuller and others look like architectural rejects from a Planet of the Apes film set. In my mind these are the houses of dope addled Hobbits, mystics, and seekers. These habitats are the product of a counterculture that has all but disappeared. Nevertheless it is through these houses that we can see experiments in subculture, alternative lifestyles, mind expansion, and in some ways a stab at utopia no longer attempted.

I am interested in the attempts and failures of many radical ideologies. The failure of the 60's/ 70's counterculture, the commodification of punk rock, the embrace of the dystopian over the utopian dream ... these are all well known. In these books though I find the beauty of small success, the DIY spirit, the dismissal of a dominant world. I am also interested in the aesthetics of these ideologies and their tenacious ability to outlast the movements themselves. The images and style of once radical subcultures are hollowed out, resurrected, and resold as something new. The look of these structures and the ideologies that surrounded their construction and habitation have now become mainstream. We currently consume the aesthetic of this failed moment in history as "green" fashion and lifestyle. Ecological becomes Environmental. The Om symbol is stamped on an "enlightenment" credit card available from Visa.

The books shown here focus on architecture, DIY, sci-fi, alternative realities, and utopia. They might provide reference material for how it was done, and maybe how to. As a bookseller I believe that books are calling cards and potential conversations that pronounce who we are. As an artist I am interested in these books on a visual level, and have curated them to reengage a once powerful and now empty aesthetic. My hope is that beyond the pleasure and enjoyment these books and images bring, in them we might find something useful for the future.